My first attempt at building a tricopter. It was meant to be as cost effective as possible and was equipped with a beastvision later on. It was controlled with a KK board, pretty much the simplest solution I could find. As ESCs I used the ones from my KDS helicopters, but that didn´t went out that well because one of them were different so the RPM were set incorrect for a stable hover even after multiple calibration attempts. 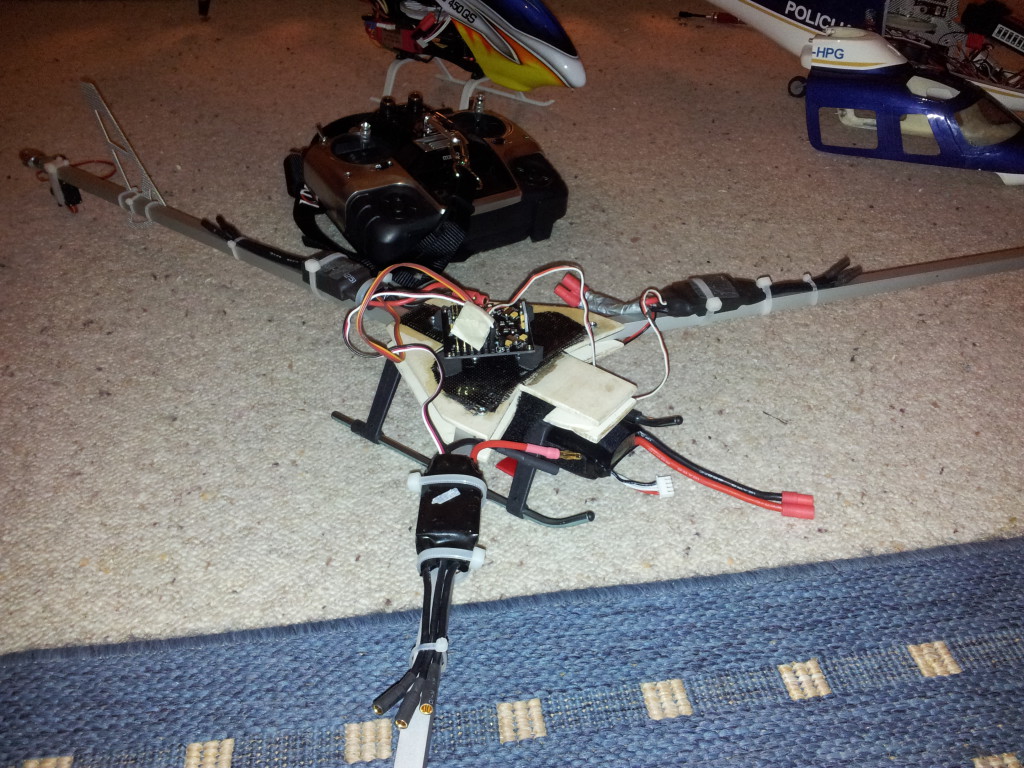 The wooden frame with alumium arms before the electronic were connected

The most delicate part was the build of the yaw mechanism. I ended up using a blade grip from a 450 RC Helicopter. That was glued in together with some bearings into the aluminum arm. 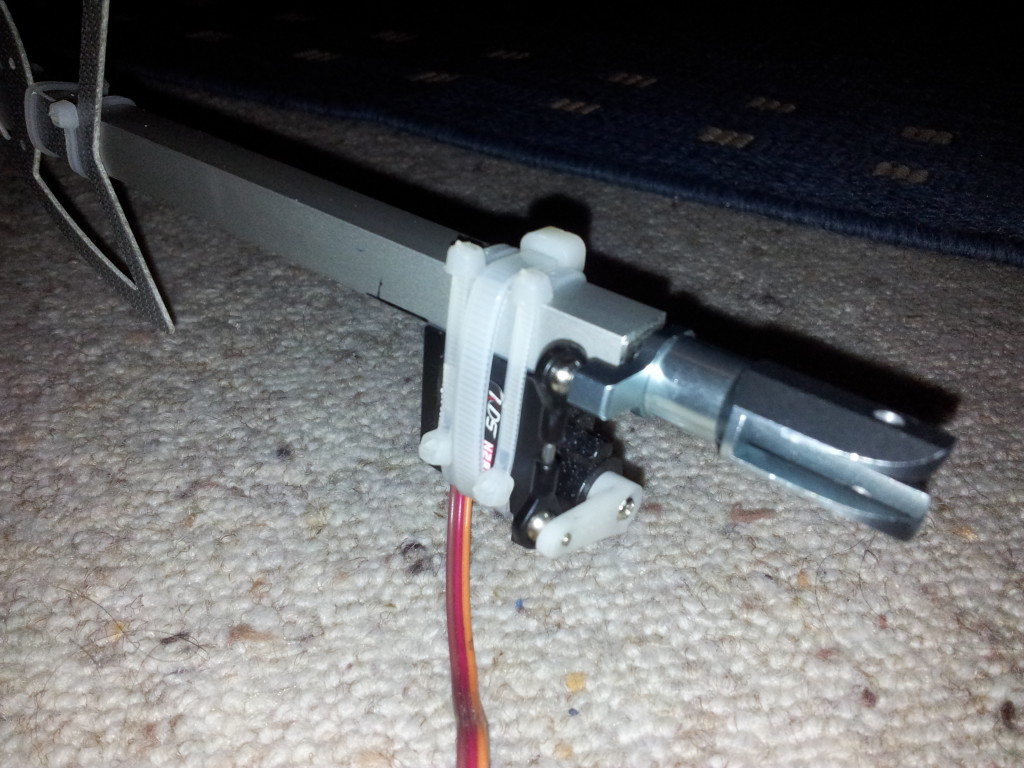 It came out like this after all components, including a flycam, were mounted. It flew pretty well but wasn´t very useful. 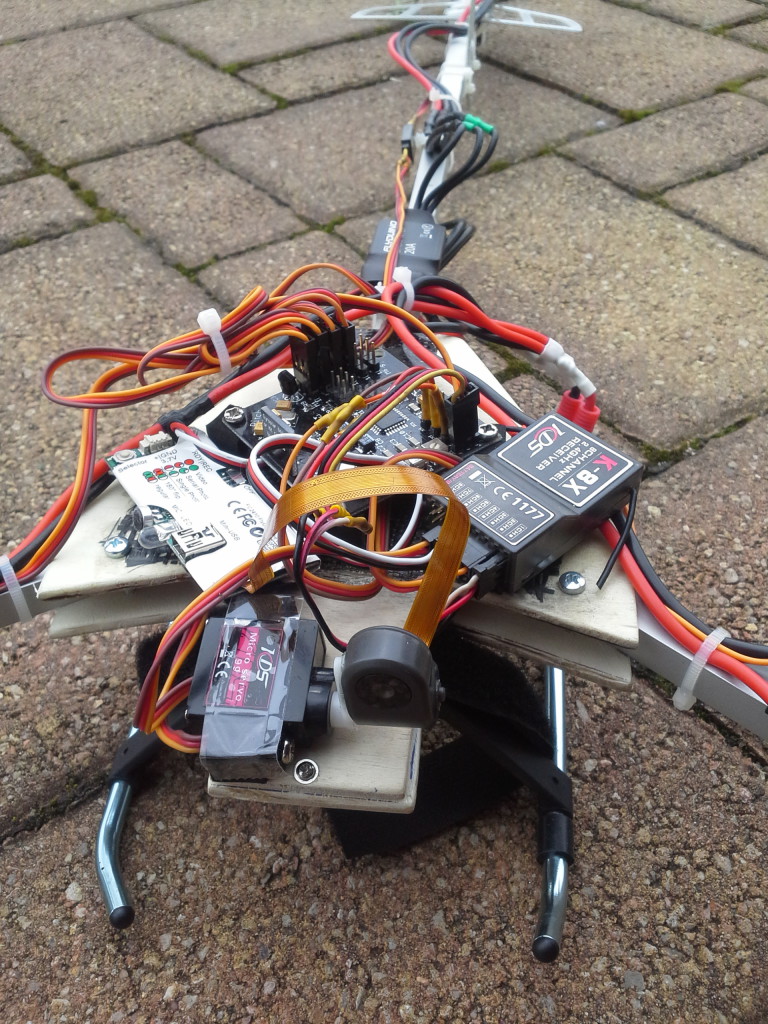 I added a better camera and protected the flight controller with a second deck made out of plywood. 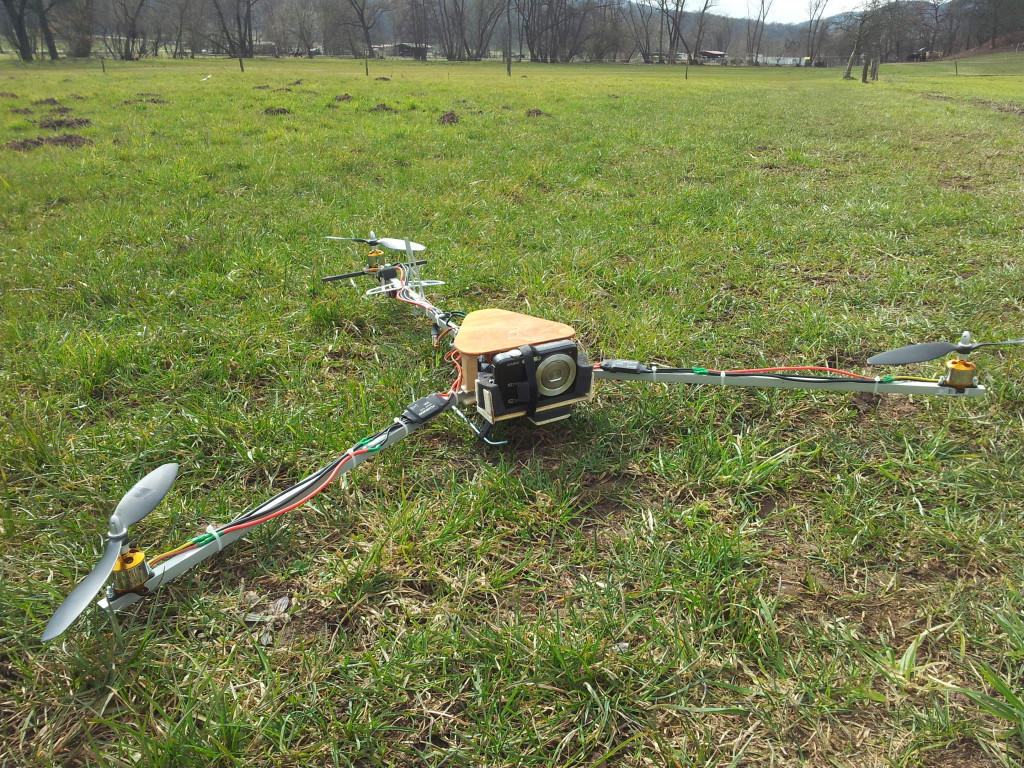 This was tmy first step into the multirotor universe, with nothing magical involved. I learned quite a lot from this and it was even used to shoot some footage of a flood and some drfiting action. The lack of a gimbal and the very basic flight controller made it difficult to gather good video material.