I discovered the magic of 3D printing as many RC fans did. The possibilities went straight up and a custom copter design was the inevitable next step after the tricopters.

The purpose of this development was to gain knowledge in design and material strength and of course the fun factor to have a small FPV vehicle, inspired by the recent 250 race class. The focus wasn´t race performance as a CFK plate build is just more rigid than PLA. Instead I wanted more flight time to cruise around, or as base for more scientific operations such as mapping or inspection. The flight time happened to be around 17 minutes with a standard FPV cam, so I considered the whole construction as a success, regardless of the problems I discovered during testing..

I liked the idea to have an “exoskeleton” , which is nothing new as this is standard in aviation and DJI phantoms or Microdrones etc build upon  that concept. The main advantage seemed to be the more integrated look, aerodynamic, no need for CFK plates, complete in home production except for the electronics which led to more freedom from suppliers at least for the frame, protection for sensitive electronics inside and last but not least, freedom of design. 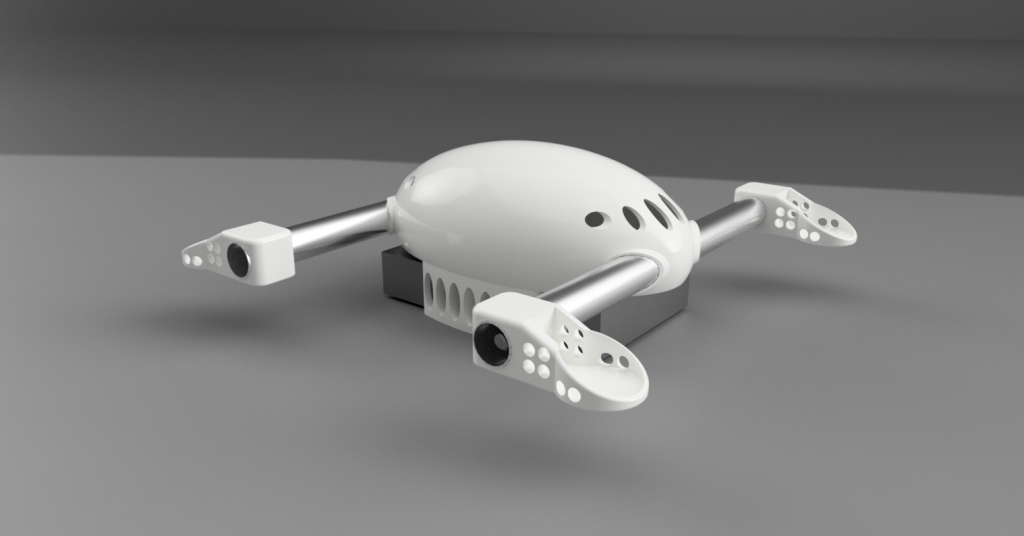 The first complete design relied on CFK or alu tubes

To ease up the printing process, the frame needed to be simple. Luckily my printer was able to handle all shapes without to much support material. The canopy can be printed completely without support. However the arms in V2 are a little complicated as they are hollow and the print tends to deform but it came out good enough for the first complete prototype. 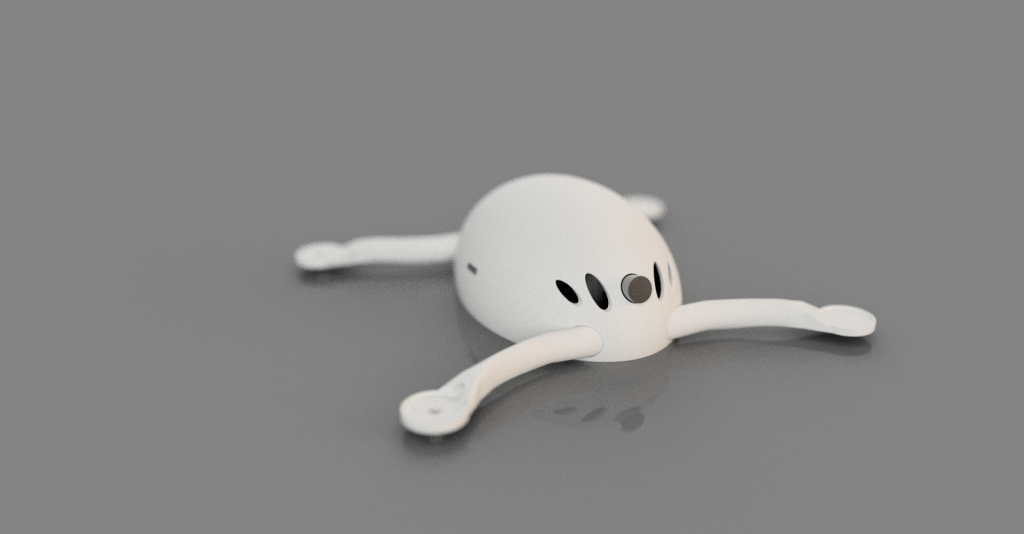 V2 Mini Ghost with more space inside and printed arms. 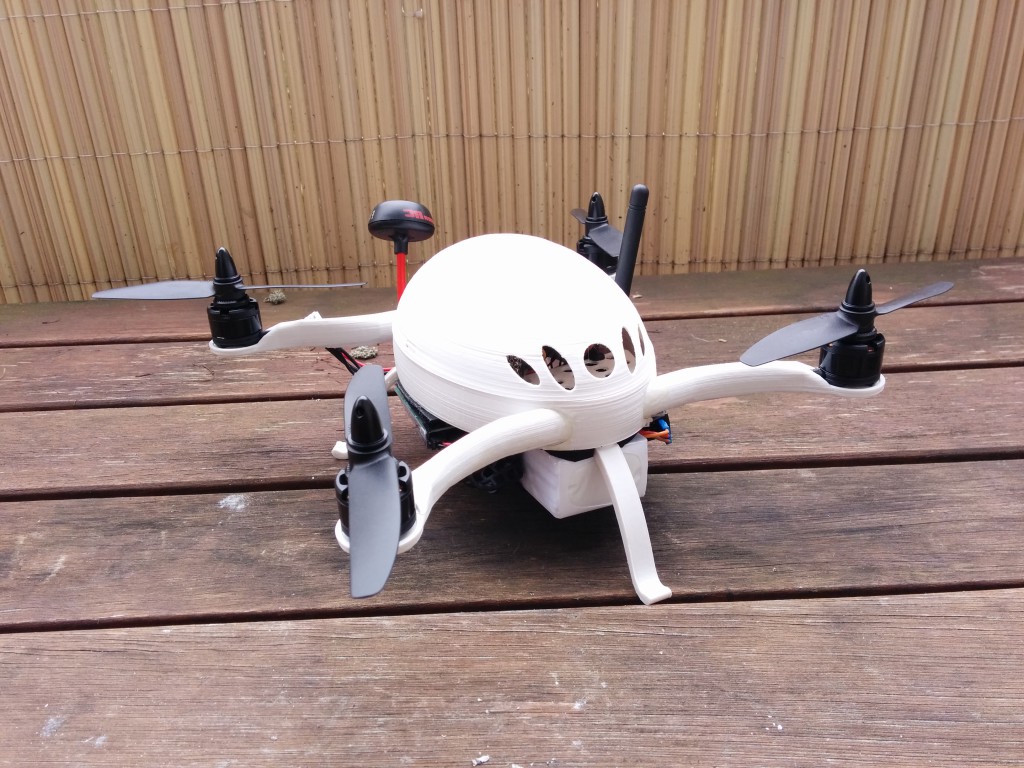 The print quality needs to be improved further. After a series of print tests I managed to link the suirface irregularitys to the z lead screw, as all of my prints tend to have the same banding pattern. Nevertheless, I could do some test flights indoors and it worked for now. I revealed some problems during these tests which need to be adressed.