I took another iteration to make it move like it should. As you can see, in comparison to the previous entry, the case and the mechanics have been modified. The belt system used is a bit more complicated than I initially thought and I couldn´t get it to perform „super smooth“ like its contestants.It is best suited for actioncams as you can see in the picture below. I tried a DSLM and it works somehow but it flexes under the load generating a somewhat unstraight path. 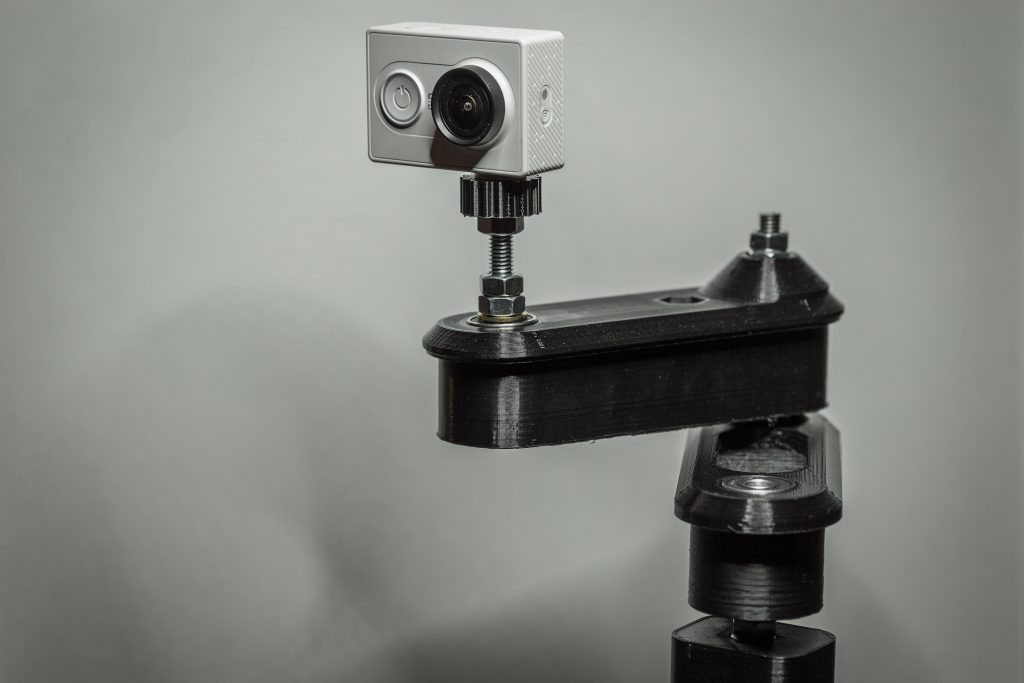